Owning Your Power to Transform Yourself, Your Community, and Your Industry

Women are natural innovators and have been steadily innovating and improving industries for the better. By 2030, E&Y predicts women in the U.S. will control 75% of the wealth in the country. The transformation of wealth and the economy will affect how women lead in the workplace and in communities and throughout the economy. Now is the time for women to step up and be heard.

Attend this session to learn:

This session will help you to be the first to spot potential in products, services and people, put yourself in your boss’ shoes, own your development, and lead with respect & consideration. There are multiple variations to support these learning objectives from Cary Broussard and her book, From Cinderella to CEO, and new data compiled by Broussard from the leading women nominated for the 2019 Cinderella to CEO awards - women who have transformed themselves, businesses, industries and communities across the country. Ellen Voie was named the Grand Prize Winner of the 2019 Awards. 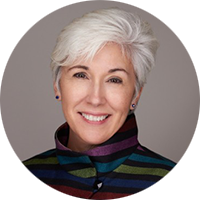 Cary Broussard co-owns Broussard Global Communications that specializes in women's marketing and leadership development programs. Cary’s business book: From Cinderella to CEO (Wiley) features business lessons learned while climbing the business ladder, and has been published in 10 languages. She launched a nationwide tour in search for women for the Cinderella to CEO™Awards. Interviews included in her book can be heard on her podcast Cinderella CEO On Air. Dow Jones has described her work as "the gold standard of women's marketing for Wall Street companies." Her clients include Aimbridge Hospitality, Union Bank MUFG, Carnival Cruise Line, Wyndham Hotels, Bank of Tokyo (now MUFG Union Bank)and others. She and her team have implemented the Cinderella to CEO curriculum and mentoring program to rapidly increase the number of women in senior level management positions. As an adjunct professor with New York University, Cary has also designed a gender-inclusive leadership curriculum for management. Cary is also the co-founder of the Dallas chapter of Conscious Capitalism and serves on advisory boards of several corporations as well as the Board of Press Club of Dallas. Cary is working on her third book, which is based on the 220 women who were nominated for the Cinderella to CEO awards.