Fully autonomous technology has the potential to make the future of trucking and logistics even safer and more efficient, and Waymo Via, Waymo’s commercial goods delivery business is working with the industry to do just that. At the forefront of this emerging and transformative technology is a group of dynamic women: engineers building the core technology, product managers crafting the offering they’ll go to market with, operations team members who manage their fleet of trucks, business development representatives responsible for partnering within the ecosystem to drive this technology forward, and more. Hear first-hand from Stephanie John, a Program Manager for Trucking, about Waymo's efforts in the self-driving trucking space and the unique opportunities and challenges they face as they work with the trucking ecosystem to bring Waymo Via to the world.

Attend this session to: 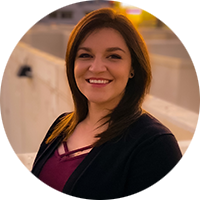 Stephanie John is a Program Manager for Trucking at Waymo, a self-driving technology company with a mission to make it safe and easy for people and things to get where they're going. In her role, which she has held for three years, Stephanie manages the day to day operations and testing missions for Waymo Via's trucking program. Previously, she was a Waymo trained driver responsible for monitoring the self-driving system during testing as well as various other operational roles. Prior to Waymo, Stephanie worked as a freight broker.

Stephanie is based in Phoenix, Arizona, and her education background is in automotive and diesel mechanics.