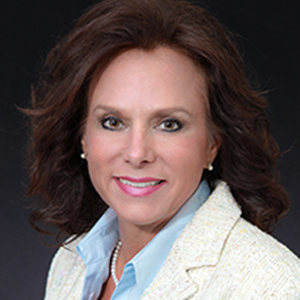 The announcement was made today during the Transportation Intermediaries Association (TIA) 2017 “Capital Ideas” Conference and Exhibition in Las Vegas, Nevada. The award is sponsored by Truckstop.com. Rush was chosen among three finalists for the third annual award. The other finalists included Lacy Starling, president, Legion Logistics, LLC and Karen Duff, president and CEO, International Express Trucking, Inc. (IXT).

Rush is chair and CEO of Rush Trucking Corporation, CEO and president of Dakkota Integrated Systems, and chair, CEO and president of Detroit Manufacturing Systems. She leads the largest woman-owned business in Michigan, and one of the largest Native American-owned enterprises in the U.S. Her mission from the very beginning has been to create sustainable job opportunities in underserved communities.

Today, Rush Trucking transports goods for Fortune 100 companies across the U.S. and Canada with 1,100 trucks and 700 drivers.

President Barack Obama acknowledged Rush during his 2014 State of the Union address for creating manufacturing jobs in Detroit with the June 2012 opening of Detroit Manufacturing Systems – the first such plant opening in the city in decades.

Rush served two terms from 2013 to 2016 as a member of the U.S. Manufacturing Council, which regularly advises the U.S. Commerce Secretary on matters related to government policies and programs and their impact on the U.S. manufacturing sector.

“Andra Rush is an amazing leader who epitomizes the type of woman we honor with this award,” said Ellen Voie, president and CEO of Women In Trucking. “She is someone who has set a higher bar for all of us to attain and who continues to inspire us with her accomplishments.”

The Distinguished Woman in Logistics award was established to promote the achievements of women employed in the North American transportation industry. It highlights the vital roles of women in the dynamic and influential field of commercial transportation and logistics.

“Women In Trucking has done a fantastic job of promoting women in the transportation industry and the Distinguished Women in Logistics award further proves that,” Truckstop.com Chief Marketing Officer Brent Hutto said. “As a company, Truckstop.com is proud to be a part of this award and we stand behind the continuing efforts of Women In Trucking to recognize deserving women in the trucking and transportation industry.”

Truckstop.com is the one-stop connection between carriers, brokers, and shippers. Founded in 1995 as the first freight-matching marketplace to hit the Web, Truckstop.com has grown to provide load planning and optimization, transportation management, telematics, rate benchmarking, and powerful negotiation tools. Truckstop Pro, Truckstop.com’s most recent and most advanced software subscription, offers users a real-time load board and enhanced transportation partner search and qualification. Across North America, Truckstop.com is recognized as a leading resource for transportation data and trends and also serves as the largest credit reporting entity in the transportation industry.

Women In Trucking Association, Inc. is a nonprofit association established to encourage the employment of women in the trucking industry, promote their accomplishments and minimize obstacles faced by women working in the trucking industry. Membership is not limited to women, as 17 percent of its members are men who support the mission. Women In Trucking is supported by its members and the generosity of Gold Level Partners: Arrow Truck Sales, Bendix Commercial Vehicle Systems, Daimler Trucks North America, BMO Transportation Finance, Expediter Services, Great Dane, J.B. Hunt Transport, Ryder System, Inc., U.S. Xpress, and Walmart. Follow WIT on Twitter, Facebook, or LinkedIn. For more information, visit http://www.womenintrucking.org or call 888-464-9482.