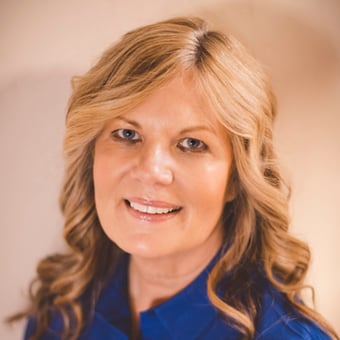 Ellen Voie is an internationally recognized speaker and authority on gender diversity and inclusion for women working in non-traditional careers in transportation. She has been invited to speak to audiences in Sweden, Australia, New Zealand, Viet Nam, France, Mexico, and Canada in addition to being a popular speaker at conferences throughout the United States. She has also been interviewed by major news networks including Fox News, Bloomberg News, and Voice of America.

Voie’s prior role was the Manager of Retention and Recruiting Programs at Schneider, Inc. She was responsible for creating corporate-level programs to encourage non-traditional groups to consider careers in the trucking industry and designed initiatives to eliminate (or reduce) irritants that lead to driver dissatisfaction, which ultimately affects turnover. She also was responsible for communication to drivers (newsletter, audio magazine and driver website).

From March of 2000 through January 2006, Voie served as the Executive Director of Trucker Buddy International, Inc., a pen pal program between professional drivers and elementary students. She had served on the Board for three years prior and had become familiar with the program and its mission, and under her guidance the organization grew to become an internationally recognized mentoring initiative. In 2021, she will serve on the Motor Carrier Safety Advisory Committee (MCSAC).

Voie’s background in the trucking industry began as the assistant and later Traffic Manager for a steel fabricating plant in central Wisconsin. She then worked as a dispatcher for a grain hauling carrier before becoming co-owner of a small fleet. After starting a family, she used her background to become a freelance transportation consultant to carriers in Wisconsin, licensing and permitting trucks for more than 16 years.

Voie earned her diploma in Traffic and Transportation Management in 1980 from LaSalle Extension University. In 2005, Voie earned the Certified Association Executive (CAE) credential from the American Society of Association Executives, the leading authority in association management and a professional society for the association industry. In December 2008, she attended Tri-C Truck Driver Academy in Cleveland, OH to earn her Class A Commercial Drivers License (CDL). Voie earned her Master’s Degree in Communication from the University of Wisconsin, Stevens Point, where she completed her Thesis research on the complex identities of women married to professional drivers. In 2015, she completed the Strategic Leadership program at the Smeal College of Business at Penn State. In 2018, Voie completed the Finance for Strategic Decision Making program at the Smeal College of Business at Penn State. Voie also completed the Women In Trucking Professional Development Certification.

In her effort to promote the trucking industry to the public, Voie helped found and organize Trucker’s Pride Day in Waupaca, Wisconsin, which grew to include thousands of visitors to this annual truck show. She convinced Governor Tommy Thompson to proclaim the event as a statewide “Trucker Appreciation Day” in Wisconsin. She also worked as an advocate for women married to truck drivers. She assisted in promoting and expanding the Families of Trucker’s Support Group, where she was active in providing a network for women who felt isolated because of their lifestyle.

In 2015, Voie was appointed to serve a two-year term on the FMCSA’s Entry Level Driver Training Advisory Committee. She serves on the Board of Directors of the Wisconsin Motor Carrier Association and is a member of the Wisconsin DOT’s Motor Carrier Advisory Committee. She was involved in adapting the Wisconsin Driver’s Manual to include information on sharing the road with trucks. She also has served as chairwoman of the ATA Safety and Loss Prevention Council’s Recruiting and Retention committee and on the ATA Image and Communications Committee.

Voie has written extensively about trucking and family issues, and her articles have appeared in print and internet magazines. She has also published a book, Marriage in the Long Run, a collection of some of her most popular columns. Her most recent book, Crushing Cones, was written to provide potential drivers with information on what to expect when attending driver training school. In addition to these, she created a workbook for professional drivers and their families which assists the driver’s family in coping with the time and distance apart.