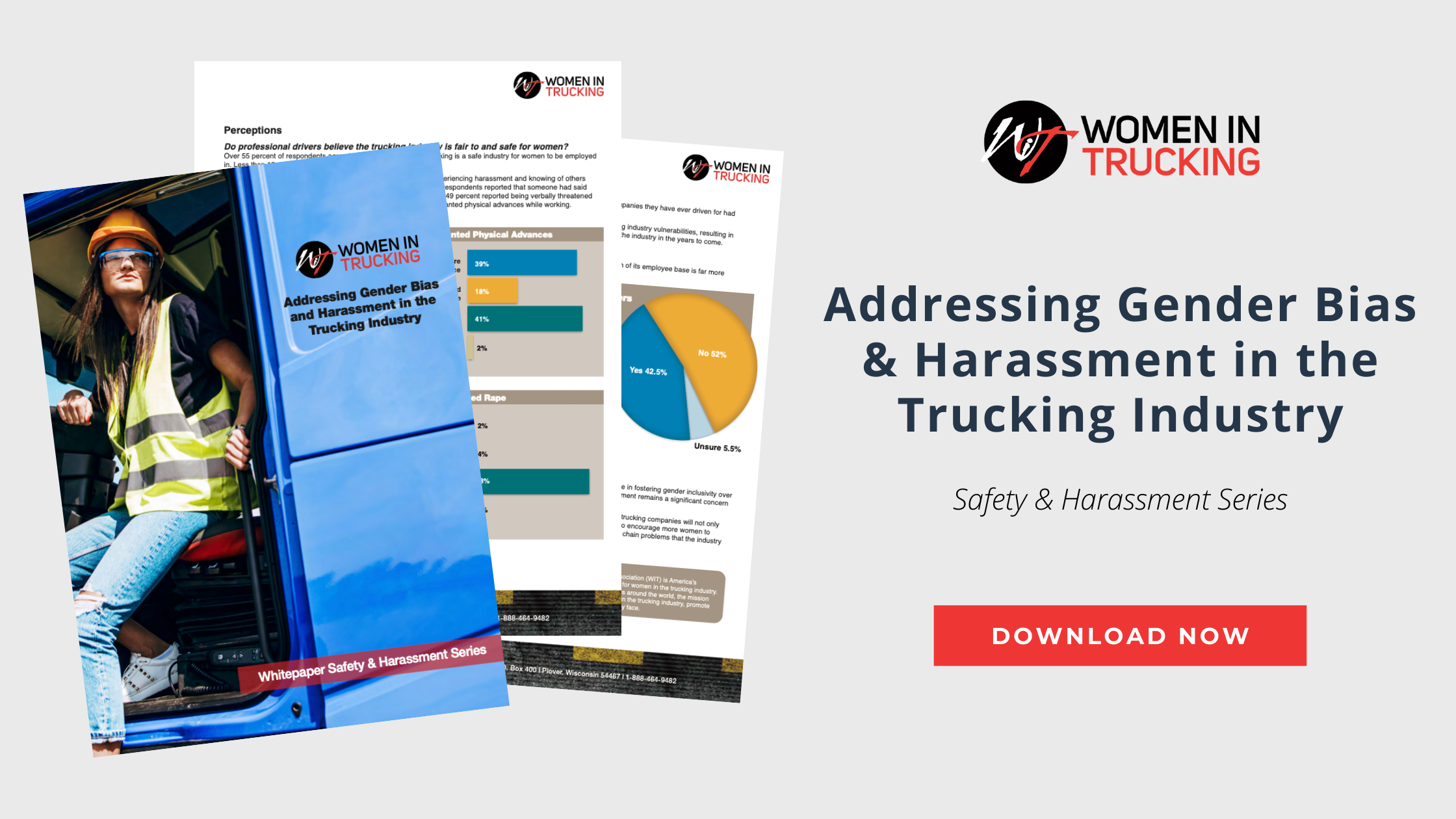 Plover, WI – May 17, 2022 – The Women In Trucking Association (WIT) has published a new whitepaper, “Addressing Gender Bias and Harassment in the Trucking Industry.” Gender bias and harassment have been primary concerns of current and prospective female professional drivers and is deserving of all stakeholders’ time and attention.

While a majority of respondents (55 percent) indicated that that the trucking industry overall is a safe one for women to be employed within, many report instances of being the recipient of verbally offensive comments or verbal threats within the last five years:

Another area of concern by drivers responding to the survey is that they have either been the victim of unwanted physical advances or rape within the last five years:

More than 37 percent of respondents reported their company either not having a harassment policy or being unsure of whether their company has one. “The Women In Trucking Association is dedicated to encouraging companies to create a safer work environment women in our industry,” said Ellen Voie, president and CEO of WIT. There are a number of corporate policy recommendations on gender bias and harassment that Voie recommends:

This whitepaper is the second of a series focused on safety and harassment issues for women in the transportation industry. To download a copy of the whitepaper, click here: https://www.womenintrucking.org/safety-harassment-series

Women In Trucking Association, Inc. is a nonprofit association established to encourage the employment of women in the trucking industry, promote their accomplishments and minimize obstacles faced by women working in the trucking industry. Membership is not limited to women, as 17 percent of its members are men who support the mission. Women In Trucking is supported by its members and the generosity of Gold Level Partners: Amazon, Arrow Truck Sales, Daimler Trucks North America, Expediter Services, FedEx Freight, Great Dane, J.B. Hunt Transport, Michelin North America, PACCAR, Penske Transportation Solutions, Ryder System, Walmart, and Waste Management. Follow WIT on Twitter, Facebook, LinkedIn, Instagram, TikTok, and YouTube. For more information, visit womenintrucking.org or call 888-464-9482.