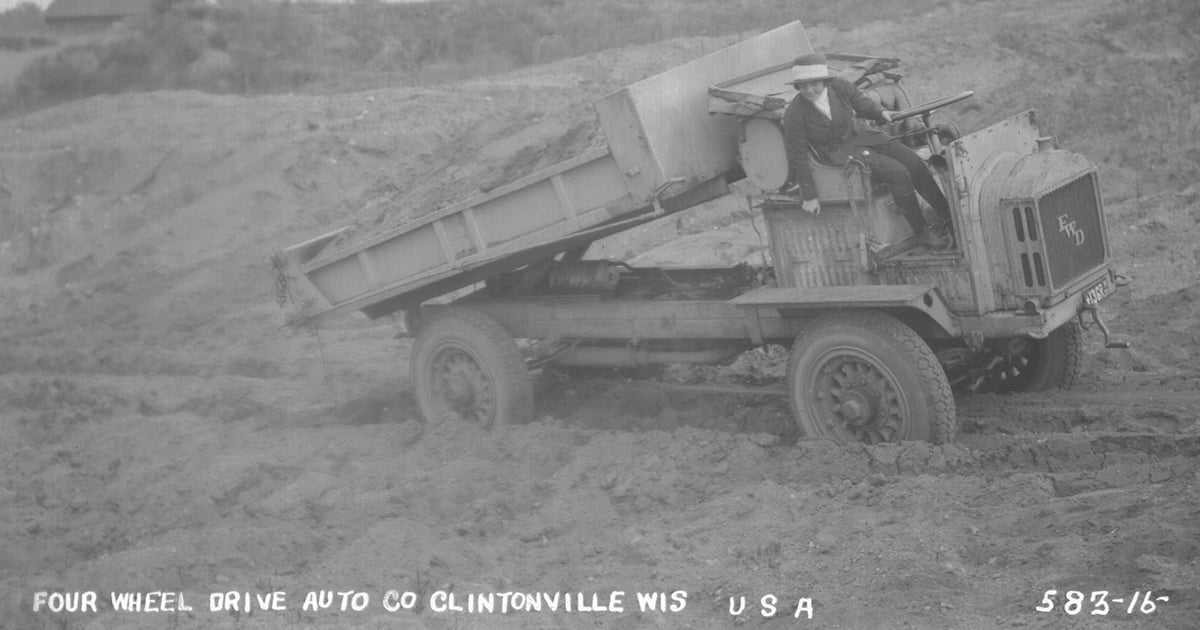 First up is the story of Luella Bates, known as the first female licensed commercial truck driver. Bates was a driver, mechanic and truck inspector in the early 1900s.

In 1918, she was one of 150 women that were hired by Four Wheel Drive Auto Co. (FWD) in Clintonville, Wisconsin. During this time, many women joined the workforce because their husbands, sons or brothers were off fighting in World War I. While working for FWD, Bates test drove Model B trucks for the company.

When the war ended and the men returned, many women went back to their homes and allowed the men to resume where they had left off, but not Bates. She found a passion in the work she was doing and wanted to stay working at FWD.Recognizing her hard work and passion, the company made her a goodwill ambassador and sent her on her first interstate tour in 1920. This tour was part of FWD and Francis Hugo’s ‘Safety First’ advertising campaign. While on tour, Bates visited 25 towns and became the first woman to receive her license in the state of New York.

Luella Bates became the face for women in the truck driving industry during this time and opened the door for women who had the same love for the transportation industry. She has played a major role in women’s history and WIT is honored to share her story.

Stay tuned for next week’s feature!