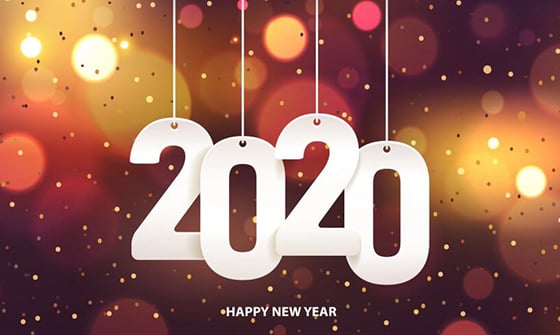 If you’re like many of us, you probably made at least one New Year’s resolution recently. According to TheQuint.com, the most common new year’s resolution is to get in shape, or at least, to make an effort to work out. That’s probably why January is the top month for sales of exercise gear and clothing.

Why is January 1st such a popular time for us to try and make changes in our lives?  A new year offers us a fresh start, and a way to put our past behaviors to rest.  In 1740, John Wesley, an English clergyman, held the first Covenant Renewal Service on New Year’s Eve.  The service was a time for thinking about past mistakes and resolving to do better in the coming year.

The first record of public declarations of New Year’s resolutions goes back to the Babylonians over 4,000 years ago. They prayed to their pagan gods for a favor in exchange for promises to pay their debts and return any items they had borrowed. They also pledged their loyalty to the current or incoming king.

While nearly half of us make a New Year’s resolution, fewer than eight percent achieve their goals. Often, we promise to make changes that become overwhelming. For those who desire to lose weight, it’s easier to create a plan to exercise three times a week, give up soda and cut back on desserts, or something more tangible.

At the Women In Trucking Association, we’re making our New Year’s resolutions this year as well. Sure, our overall goal is to increase the percentage of women employed in the trucking industry, but we have tangible targets as well.

In fact, the board of directors, staff, foundation members, and partners gather to create an annual strategic plan in January each year. We brainstorm and toss out ideas to be debated, discussed, and sometimes discarded. Once the group narrows the list to projects that have an impact and are affordable, they turn the list over to the staff to prioritize and implement.

Financial stability and integrity are essential. Many nonprofit associations strive to maintain a three to four-month operating reserve. Our goal is to have one year’s operations budget in reserve. A third party maintains all of our accounts payable and receivable activity, and an annual audit ensures third party reviews all figures.

Marketplace share is essential to any organization, and for Women In Trucking, our competitors include every trucking association in existence. We had a third party conduct a market assessment, and more recently, we completed a member communication survey.  We interviewed current, potential, and lapsed members to understand better how we can both attract and retain both corporate and individual members.

The goal is to communicate and then listen. We want to hear from our members, and we want to make the association better based on that feedback.

Another area of focus is member value. Why do people join? The number one reason people join is for the opportunity to network and to meet other women (and men) who have similar roles in other companies. One interesting fact….six percent of our members said they joined because “Ellen motivated them” to become a member!

The final concern of the board is the WIT brand. In other words, what do people think of when they hear “Women In Trucking Association?”  We’ve always heard the comment that people assume the organization is for female drivers. We’re not “Women In Trucks!”  We represent all women who work in the trucking industry. In fact, drivers are a very small part of our organization in numbers, despite being a significant focus in creating change in the industry.

We’re looking forward to creating this year’s new resolutions and in following through on these goals. Our goal is to represent YOU, our members. Check us out at www.womenintrucking.org.

About Women in Trucking