Don't Be the Victim of a Scammer 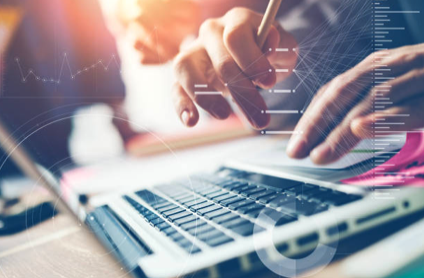 The email started innocent enough. The question from the CEO asked if the employee had a moment to “get a task done.” The sender asked the reader to purchase eight eBay gift cards valued at $200 each for a total of $1,600. The employee was then asked to scratch off the silver lining and send a photo of the codes immediately.

The employee was new at the company and complied with the request, which, unfortunately, was from a scammer. The cards were purchased before the employee realized it was a scam; fortunately, the codes were never sent to the scammer.

This ruse is repeated over and over daily. The Federal Trade Commission claims there has been a 270 percent increase in scammers asking for gift cards since 2015. Gift cards are hard to trace, and once the code on the back is revealed, the money is gone and impossible to trace.

We’ve all probably experienced imposter scams, which is the number one fraud reported last year. More than $667 million was handed over to imposters posing as government officials, family members, businesses, or romantic interests. The top form of payment was gift cards. The caller on the other end of the phone is lying to you to extract money.

Many of the scammers prey on senior citizens who might be more vulnerable in believing the caller. A common ruse is to pretend to be a grandchild needing money. The scammer finds the information on social media and can provide accurate descriptions that support the scammer’s hoax.

One of my friends received such a call from her “grandson.” Unbeknownst to the caller, the grandmother detected discrepancies in the story.  She told the caller impersonating her grandson she couldn’t help him, “I never loved you anyway.”

Today, our information is so vulnerable to hackers, scammers, imposters, and anyone looking to steal your money. As a frequent traveler, my credit card number has been compromised numerous times. Now, I get a text as the card is being charged. For me, the thefts have occurred only when the card is out of my sight, such as paying for a meal in a restaurant.

You can’t stop scammers from trying to cheat you, but you can reduce your chances of being a victim. If you receive an email from someone you don’t know, delete it. Be wary of emails from financial institutions. Don’t click on the link in the email, use the bank’s secure website and forward phishing emails without opening them.

Sometimes the email, such as in the opening of this article, seems to be from someone you know. Be wary. Hold your mouse (or click) over the sender’s email address, and the real address will appear. It’s simple for a scammer to show a fake email address. It’s called spoofing, and a quick Google search will show you how it’s done. Fortunately, a spoofed email doesn’t mean the scammer hacked your account. He or she just faked in instead.

Phone scammers are a real nuisance. Today’s smartphones allow you to send all calls to voice mail unless the caller is in your contact list. You can also purchase phone blocking apps to identify some scammers, but they change numbers so often it’s hard to stay on top of these calls. The simple method is NOT to answer a call if you don’t recognize the number. If it’s important, they’ll call you back or leave a message.

You can block many robocalls by registering with the “National Do Not Call Registry (donotcall.gov) or 888-382-1222. Once you are registered, no company is allowed to call you unless you’re doing business with them.

Many of us have received scam calls from someone claiming to be with the social security administration, stating we are being investigated for fraud. The government won’t call you; they’ll send you a letter on official letterhead. Hang up. It’s a scammer trying to scare you into making a payment (to them).

Set your privacy settings on your social media sites and don’t share information that could be used by someone either trying to impersonate you or someone who may watch for your absence from your home so they can rob you.

One other safety precaution I learned about car thieves. Don’t set your GPS to “home” in your favorites. Instead, use a name for your home address. A thief who breaks into your vehicle will not only know where you live but will probably use your garage door opener to get entry into your home. They will be able to rob you while you’re away, especially if they’ve stolen your vehicle from an airport parking lot!

It’s so frustrating to be the victim of a scammer, spammer, or spoofer. Reduce your chances and keep your money safe.