Making a Difference Through Legislation: Women of Trucking Advisory Board

For over fifteen years, the Women In Trucking Association has worked hard to advance our mission: to encourage the employment of women, address obstacles and celebrate success. This goal to increase the percentage of women working in transportation jobs remains constant.

We are a trade/professional organization and are supported by our members who join the association by paying dues. We don’t receive government support or grants to further our mission. However in July of 2019, we were very excited to be contacted by Senator Jerry Moran’s office (R-KS) to offer regulatory support for our mission.

We were thrilled to have this attention from the government, and we worked with Senator Moran’s office to write a bill to create legislation modeled after one the Senator has introduced in the aviation industry. We called it the Promoting Women in Trucking Workforce Act.

The bill included specific groups to be represented, including a large carrier, smaller carrier, professional driver, and training facility. We continued to revise and edit the language to create legislation that would be embraced by anyone supporting our mission to increase the ranks of women in the trucking industry. 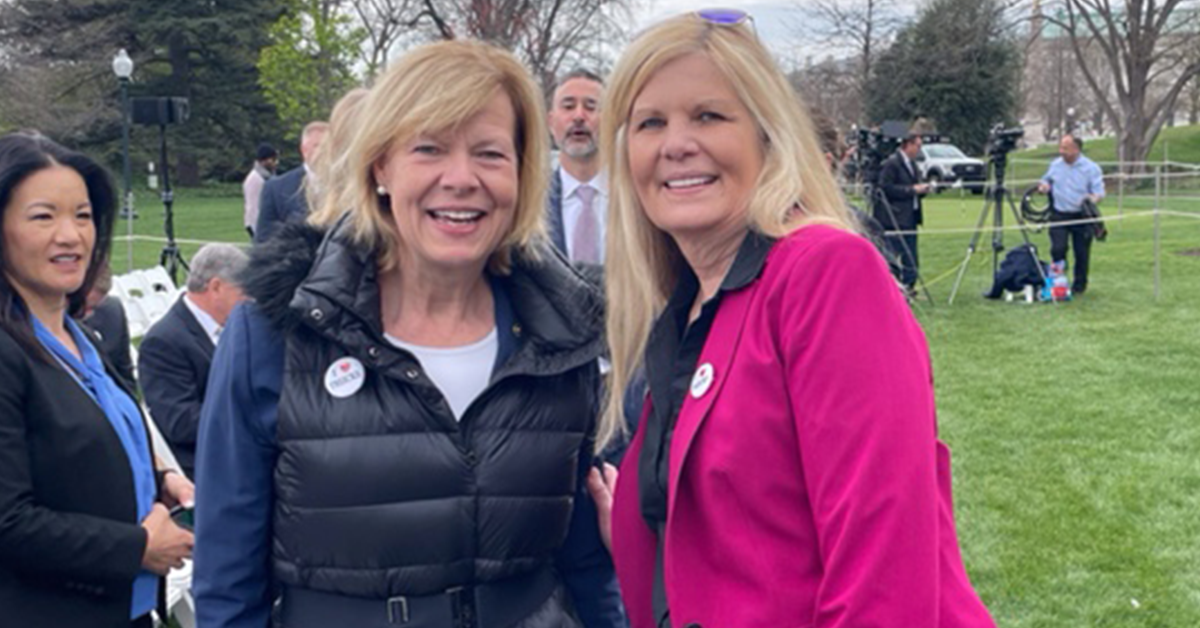 Senator Moran needed a Democrat to co-sign the bill to create a bipartisan bill. I reached out to my Wisconsin Senator Tammy Baldwin who has been supportive of issues concerning jobs and gender equity in the past. She agreed to co-sign, and the bill was ready for the Senate and was introduced as S.2858 in November of 2019. 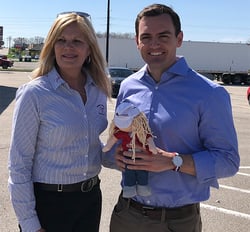 I reached out to my Congressman, Mike Gallagher (R-WI) who had taken a ride with one of our female drivers to better understand the industry, and he agreed to introduce the bill in the house of representatives, and H.R. 5145 became a reality.

The need to obtain industry support was the next goal, so I reached out to our members for their input. Every carrier and transportation association I approached readily agreed to provide the needed support and wrote letters of recommendation to the bill’s originators.

Our elected officials have an overwhelming number of bills to review and to determine if they would approve or deny each bill according to their own and their constituents’ needs. We didn’t experience any push back and the support had a broad appeal. Trucking jobs are still prevalent, and women are still in the minority of truck and bus drivers.

We were ready to move the bills forward in both the House and the Senate, but the challenge was to find a way to bring it to a vote in both legislative chambers. In June of 2021, the bill was introduced in the Surface Transportation Investment Act. Although the House passed their version the reported $1.5 trillion package did not make it through the senate.

The Promoting Women in Trucking Workforce Act was inserted in the Infrastructure Bill which received bipartisan support in the fall of 2021 and President Biden signed the legislation into law on November 16. We were thrilled to finally have industry and government assistance in furthering our mission.

In February of this year, Secretary Pete Buttigieg authorized the Department of Transportation to move forward and three years of hard work in creating this bill was realized. The Federal Motor Carrier Safety Administration announced a call for nominations in March of this year.

Specific groups were named in the legislation to ensure representation from organizations that would represent various size groups that would allow different voices to be heard. On August 29, the sixteen members were announced for this two-year appointment. The group was called the “Women of Trucking Advisory Board,” (WOTAB).

The Women In Trucking Association is proud to have initiated and advanced this legislation. We look forward to increasing the number of groups that are supporting our efforts to bring more women into the trucking industry.

This has been our goal and our passion for over fifteen years. We will continue to create a more gender diverse industry and to advance our mission to encourage the employment of women in trucking, address obstacles and celebrate the success of our members. It will be nice to have some help and support through the WOTAB group.