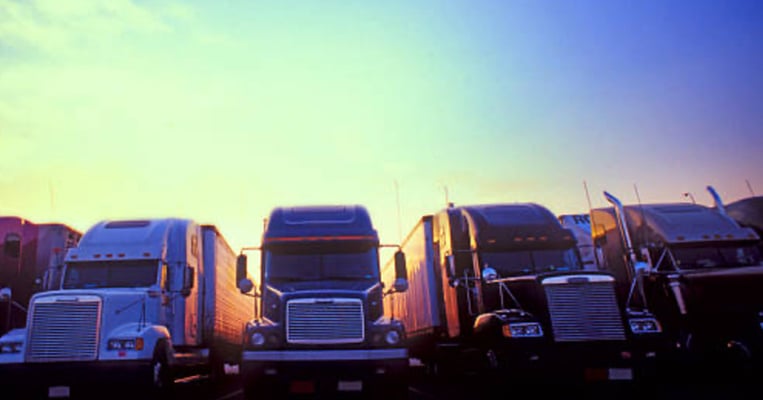 The headline reads, “Transport firms hit by driver shortage.” This article could be from almost any country, since drivers are currently in demand around the globe. However, this particular column was from a New Zealand magazine, which quoted one carrier executive as saying, “It’s just really hard to get quality drivers … we can’t even get any non-quality drivers.”

There are numerous differences between the United States and New Zealand other than the size of the countries. They drive on the opposite side of the road, live in the southern hemisphere, and celebrate Christmas in the summer. One thing is similar for both countries, we are all looking for drivers from non-traditional groups, such as women. 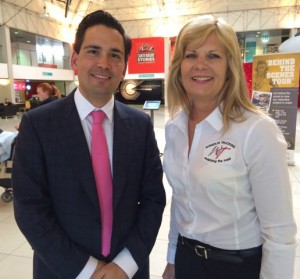 I was recently invited to speak by the New Zealand Road Transport Forum to share best practices with about 400 trucking industry representatives at their conference in Christchurch. I had the opportunity to meet Simon Bridges, their Minister of Transport.

Women make up only three percent of the driver population in New Zealand, which is about half of the percentage of female drivers in the United States. The country is also experiencing an aging driver population, as the average age of a driver is fifty-three years.

New Zealand is a small country, about the size of Japan, and has about four million residents separated into two main islands called the North Island and South Island. You can drive from Auckland in the North Island to Invercargill in the South Island in less than a day, and that includes a three-hour ferry ride between the islands.

There are about 22,500 trucks in New Zealand, but these include straight trucks in addition to semi-trailer combination units and B trains, or tractor units with two semi-trailers attached. Sixty percent of their trucks operate without a trailer and most are day cabs. Sleeper berths are rare in New Zealand, as most drivers are on the road for a day or less.

There are about 4,500 trucking companies in New Zealand. They are typically small, family owned businesses, with over eighty percent of carriers having five or fewer trucks.

Since drivers are home more often and the size of the trucks are smaller, it would seem to be less of a lifestyle than a career when compared to the United States. Drivers are typically paid by the hour, as opposed to the mile or the load. Female drivers face challenges such as lack of rest room facilities, fellow drivers who harass women on the road, and equipment designed with men in mind.

Sleeping in a moving truck is not legal, so team operations are rare if non-existent.

New Zealand has not adopted electronic logbooks, so drivers still complete paper logs. However, the only two options are either on duty or off duty. Drivers can operate for five and a half hours before taking a thirty minute break, and can work for a maximum of thirteen hours before taking a ten hour break. After seventy cumulative hours a 24-hour restart is required.

When a carrier wants to employ a new driver, they typically train them on site and start them in a straight truck for a class two license (class one is an automobile license). This is similar to a graduated license system, as most drivers will start their driving career in straight trucks, which are the majority of trucks on the road.

Every trucking company I visited had their own training instructors, who are also employed as drivers. Trucking schools are very rare in New Zealand. Bay of Plenty, Polytechnic School in Tauranga offers class five driver license training in a two-day course that offers 16 hours of practical driver training for $1,250 New Zealand dollars ($782.68 U.S. dollars).

There are no minimum driver training standards established in New Zealand.

If a driver wants to move into a higher weight vehicle, he or she must obtain a class three license to operate a lighter combination unit under 25,000 kilograms (kg) (55,115 pounds). A class four license allows the operator to drive a rigid vehicle over 18,000 kg (about 40,000 pounds) and the top license, class five, allows the driver to operate any combination vehicle over 25,000 kg (55,115 pounds).

Drivers must have a class two to proceed to a class four license, but must hold each preceding license for a minimum of six months. However, drivers over 25 years old can move on to the next license after three months or completion of an approved instruction course.

Drivers’ licenses are good for five years, and their medical certificates expire at the same time. This has actually been an area of concern for some employers who have aging drivers whose physical health might change in less than the five-year period.

A shortage of drivers, aging driver population, and a growing need for capacity isn’t just an issue we face here in the United States and Canada. Countries around the globe are struggling with many of the same issues, and for this reason, are looking for more women to fill empty seats.

Women In Trucking Association is fast becoming the global leader in offering resources and best practices in attracting and retaining female drivers.