The Value in Networking 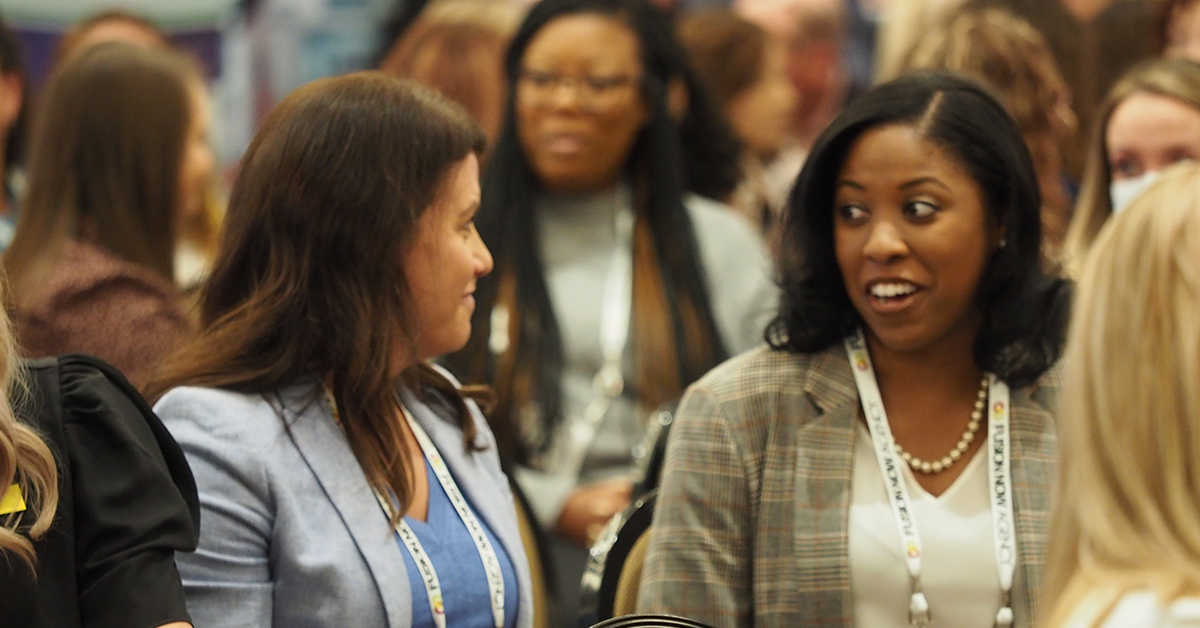 At a Women In Trucking reception, two drivers sitting next to each other discovered that they worked for the same carrier. As they left the event that evening, they vowed to stay in touch and maintain their newfound friendship. These two women knew that they could learn from each other and lean on each other; they knew the value of networking.

For some women in the transportation industry, networking often meant looking for another female face in a crowd of trucking company executives. For female drivers spending their day in the cab of a truck, networking was even more difficult. With a ratio of ten to one, whether in the truck or the corporate office, women were almost assured of being in the minority at industry events.

We can all use a little help these days. Whether we’re looking for advice, a career move or just someone who understands our perspective, it’s nice to have someone who is willing to offer that encouragement or guidance. That’s the value in networking.

So, how can you become more connected?

In his book, “Never Eat Alone,” Keith Ferrazzi offers his tips on how to utilize the power of relationships to further your career. As you can probably guess by the title, it’s not something that you do one occasion; it’s a way of life you adopt to make connections for a lifetime. How can you find value in networking?

First, determine what you want from your interactions. What is your mission? Are you thinking about expanding your fleet, or are your sights set on climbing the corporate ladder? Write down your goal and identify who can help you reach that ambition and then start networking. Be aware of industry leaders and others who can help you become more successful in your career aspiration.

Ferrazzi suggests that you expand your networking circle by looking for people he calls “connectors,” or those who can help you link you to “important” people. Connectors can be anyone but are usually people who come in contact with large audiences, such as fundraisers, journalists and restaurant owners.

Make sure that you provide value to others so that you have something to offer in the networking relationship. Be willing to share your knowledge, time and resources and people will be more than happy to reciprocate. Ferrazzi reminds us to never keep score, however, as you will develop relationships much more quickly if you aren’t expecting something each time you feel that you’ve given. This also means that you should reach out to others, even when you are not in need of their advice or assistance. You never know when your turn will come.

Successful networking also means that you pay attention to details. Write down names so you can remember them and be sure to note something distinctive about that individual. Did they win an award, overcome a challenge or do they have an unusual hobby? Write it down and ask them when you meet, you’ll endear yourself and create more trust when you show an interest in your networking partner. Stay in touch and always follow up when you promise to get back to someone, as Ferrazzi calls follow up “the key to success.”

Never eat alone, as the opportunity for networking can occur when you least expect it. Learn how to chat with charm, as small talk is the way people create bonds and build trust. Watch the other person’s body language and learn to read non-verbal cues. Be interesting and credible, and let the other person know that you are willing to add value to their career by sharing your time and energy to help them become more successful.

The two drivers who found that they worked for the same carrier learned that one of the benefits of being a member of an association, such as Women In Trucking, is the opportunity to network. Finding value in networking will help you become more successful in your career. Consider Ferrazzi’s advice look for people and opportunities to network, and remember, never eat alone.