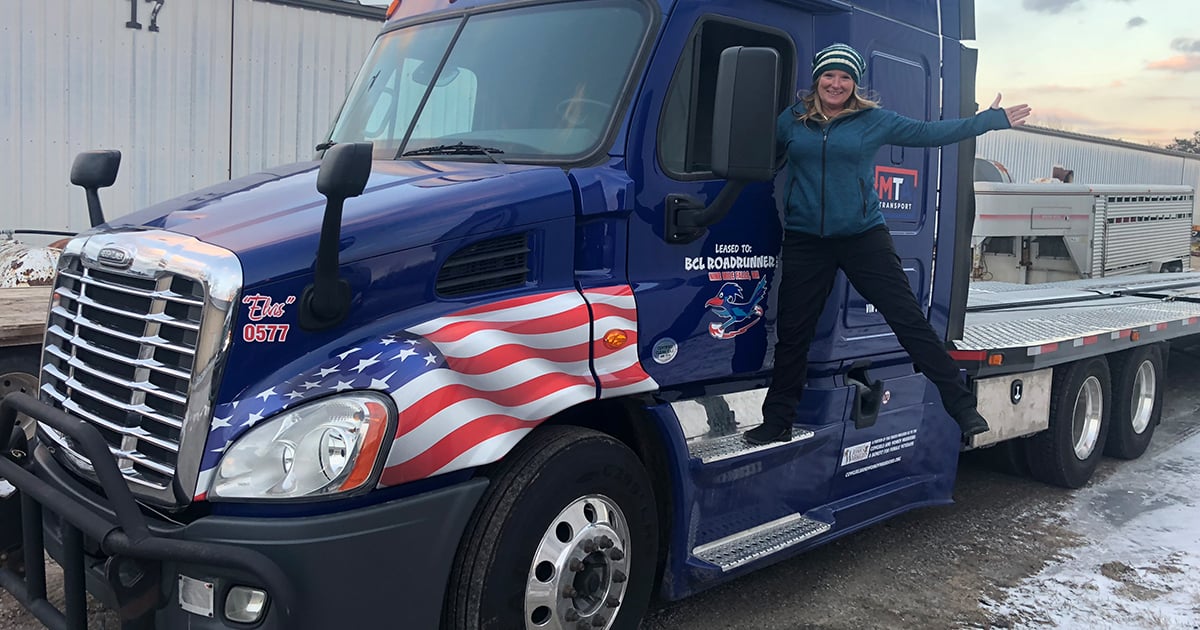 The mission of Women In Trucking Association is to increase the percentage of women employed in the trucking industry. While we represent all careers in transportation, much of our work focuses on the professional driver’s challenges. Specifically, we look at obstacles that might keep women from considering a career in transportation.

Many carrier’s representatives have bluntly stated that they don’t “care about the gender of their drivers.” They remark that they hire men and women and treat them equally. If that is true, then why are there twenty men to every woman behind the wheel?

Instead if ignoring the fact that men and women are physically and emotionally different, let’s embrace the differences and work on making the environment better for all drivers. This means we need to look at our hiring and training practices more closely.

One carrier felt that a same gender training policy would address harassment issues by allowing women to be trained by a female trainer. Unfortunately, the Equal Employment Opportunity Commission (EEOC) determined that the longer waiting period for women to be assigned to a female trainer constituted discrimination. Now, women are assigned to the next available trainer regardless of gender.

This means that men and women must share bunk space while out on the road. Private activities such as changing clothes, personal hygiene and other intimate routines are no longer secretive. This could create a very uncomfortable environment for a woman who is struggling to learn how to drive a tractor-trailer in heavy traffic, shift gears, and back into tiny loading docks.

If the woman is married or has a close relationship with someone who might not understand the situation, this could create even more stress during her training.

Recently a new female recruit contacted me about her training experience at a school. She was expected to sleep in a bunk house type environment with the male students at the training facility. She was not told about this in advance. Instead, the school recruiter told her she would have lodging during her stay.

When she arrived at the school, she was shown her bunk in the sleeping quarters occupied by all men. She offered to stay in a hotel at her own cost, but was told this was not an option. She left the school and found another place that didn’t expect her to sleep in a room with men. “The importance of allowing female trainees to obtain a private hotel room for themselves even if it means paying out of pocket without reimbursement (is important),” she said. “If I was given this option before arriving or once I arrived I would very likely have stayed for training and currently employed there despite the vague description of boarding I was given.”

While I was familiar with opposite gender training while on the road, I was surprised to hear that some schools treat all of their students the same, to the extent they have to sleep in the same room.

Are we really attracting women into the trucking industry with policies like these?

The Women In Trucking Association Facebook page has nearly 10,000 folks who share their expertise when asked. I created a poll and asked the female drivers to respond to the following question. “Did any of you have to share sleeping space with males during training, not in the truck, but at the school or carrier’s facility?”

I was surprised to learn that ten percent of the respondents were provided a shared sleeping facility with men. Some of the drivers stated the names of their training provider. Many of these are members of Women In Trucking Association.

This is truly unacceptable and could be a reason some women won’t succeed as professional drivers if they are concerned about their safety, or their personal items in a non-private area.

Even the men agreed. A male driver commented about sharing a space with anyone because he’s “nervous (about) them stealing his belongings.” Another male driver said his wife would not have accepted the arrangement.

We have a long way to go before we’ve addressed the challenges women face as they consider a career as a professional driver. However, personal safety and privacy while in training should be the standard for all drivers.

Men and women are not the same and carriers that ignore gender differences are not creating a positive environment for the demographic we are trying to attract. If you are a training facility that expects all of your students to share sleeping quarters, we ask you to consider whether this would be acceptable if that woman was your own daughter, wife, mother, or sister. If not, then change it.