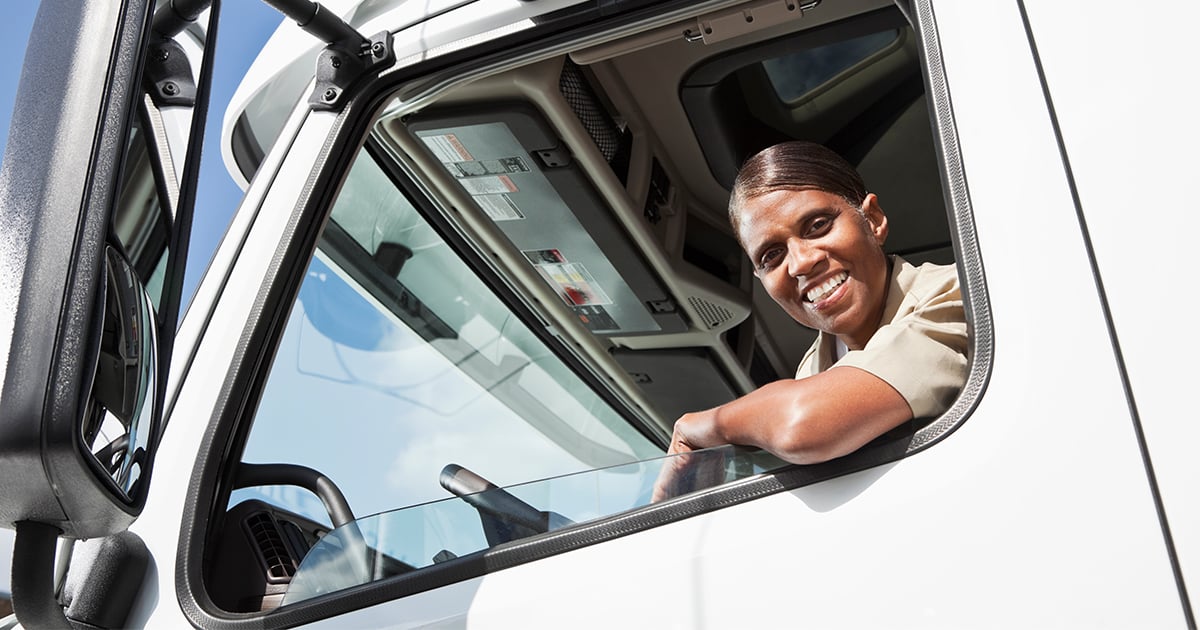 If you’ve ever attended Women In Trucking’s “Salute to Women Behind the Wheel” in Louisville, Kentucky, you’ll find the largest gathering of female professional drivers in the United States. These women come from all parts of the country, as well as Canada. Some are in their seventies; others are in their twenties. Some have been driving for decades, others are newcomers to the industry.

The event allows these women to meet one another and to enjoy the acknowledgement they receive for their service as professional drivers.

One group that has become more visible is female African-American drivers. Although women only comprise 5.4 percent of the driver population, the number of African-American female drivers is closer to one-half of one percent.

However, that could be changing.

Recently, Women In Trucking Association partnered with an organization called WorkAmerica, whose mission is to put Americans back to work with a new approach to recruiting and training. They partner with schools to pre-qualify, train, and place new drivers with carriers.

Collin Gutman, WorkAmerica’s CEO, has been surprised to find an increased interest in African-American women who are looking for a new career. Collin shares this insight. “Over the past months, as I’ve attended job fairs from Delaware to Virginia to Tennessee recruiting drivers for WorkAmerica, I’ve noticed a new trend in driver recruiting. The individuals stopping by our booth interested in trucking jobs didn’t fit the profile of the stereotypical truck driver. Some wore heels, others were in fatigues, but, surprisingly, most were women. A few had children or husbands in tow, while others came solo. Most of these women had one unexpected trait in common: they were African-American.”

“At each fair, they came early and they came often. ‘I would love to be over the road, driving an 18 wheeler. It is a whole new lifestyle,’ said the first lady to stop by my table at Delaware’s New Castle County Job Fair last week. ‘Trucking is trucking, no difference between genders,’ declared my next visitor a few minutes later, as she picked up a business card. Her friend agreed, ‘I mean, I should be accepted for whoever I want to be.’ At the end of this fair alone, we had over twenty African-American women signed up for interviews, totaling half of our interested applicants from that job fair.”

Thanks to organizations like Women in Trucking, seeing a female driver behind the wheel of a tractor-trailer isn’t as rare as it used to be. Now a little over five percent of drivers are women, and while this is a low number, the trend is encouraging. Since women of all ethnicities represent one out of twenty of our nation’s 3.2 million drivers, the fact that approximately fifty percent of WorkAmerica’s new driver applicants are exclusively African-American women is something to note! And this is even more remarkable when considered in the context of the crippling driver shortage.

With 30,000 current vacancies and a predicted shortage of 239,000 drivers by 2022, CDL schools, carriers, trucking associations, and more are all scrambling for solutions. Recently the Allied Committee for Transportation (ACT 1) unveiled TruckingMovesAmerica, an ambitious re-branding campaign with an impressive roster of members working to raise $5 million over five years.

This is a great start, and there’s opportunity for more. To be truly successful at attracting new recruits, we must look to do more than simply grow the pool of “traditional” drivers. We can’t just hope to change the public’s view of “truckers,” we need to actively reach out to these new recruits. This means changing recruiting methods, messaging, and branding. It means embracing the knowledge that these women already know– “that trucking is trucking,” and everyone is welcome. White and Latino men still comprise the majority of truckers and we certainly must continue to build bridges into these communities.

But it’s time for someone to start building bridges into other communities. African-American women are clearly ready for trucking and might represent our best hope for dramatically increasing the number of professional drivers entering the industry over the next five years.

As an industry, it’s time for us to move forward and think outside the box when we think about who is in the truck. Let’s encourage, support, and invite all individuals to join us in the most vital industry of trucking.