It Really Ain’t Smokey and the Bandit 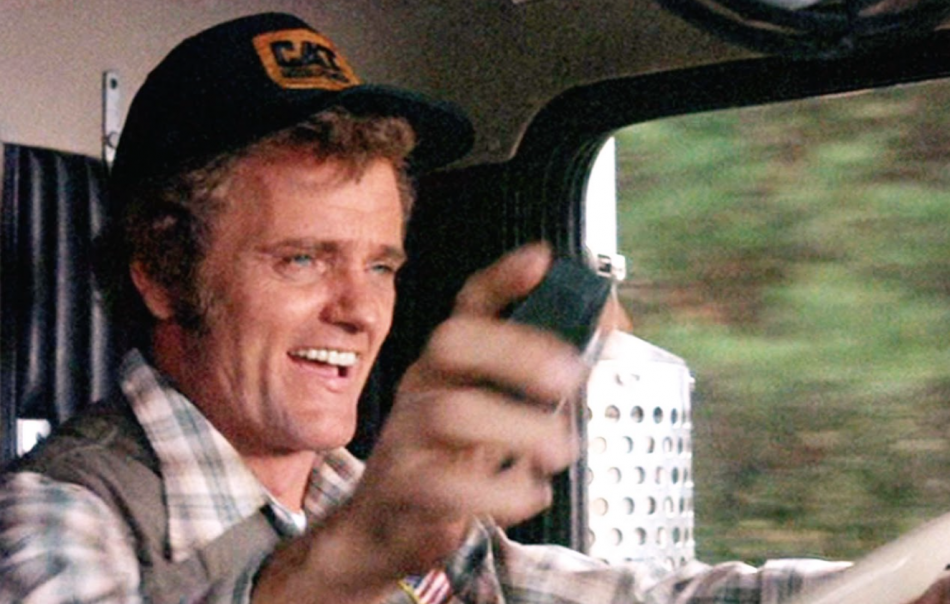 Perhaps one of the greatest disservices to the trucking industry outside of the old ABC’s 20/20 Killer Truck Drivers segment is how trucking has been portrayed in movies and television. People watch the iconic Smokey and the Bandit movie and its sequel and think that trucking is all about fighting the law, raising havoc, and having fun. Other productions like television’s B. J. and the Bear,show a young, good looking guy traveling around with good looking women in every stop.

The only three things even close to being accurate in any movie or television show is first, the concept that if a trucker was in trouble, other drivers would help, though not to the extent portrayed. Second, running in a large convoy, though now illegal in most states, could be enjoyable. And third, there were some law enforcement officers who really enjoyed harassing truckers, and still do. However, the rest just made good entertainment.

Trucking is actually hours of boredom interspersed with seconds of sheer terror. A trucker spends eleven hours of their day driving for the most part. Unpaid wait time to load or unload (most companies do not pay if setting to load or unload until after two hours) may eat up hours each day. Occasionally, the action of another car or truck driver, will scare the hell out of a trucker.

Trucking is not only a job, it is a lifestyle. Some may dispute that fact, but fact it is. Truckers live differently than people who work in a factory, or business store. Most truckers work ‘swing’ shifts, so the time worked today, might not be the time worked tomorrow. Truckers have to account for every minute of their time on log books, or electronic logging devices, they are away from home, and even home hours have to be noted. Unless a trucker chooses to cook and eat in his/her truck, meal times are primarily communal in truck stops, or restaurants with truck parking. Unless a trucker carries a porta-potty in the truck, bodily functions are done in public restrooms. Daily showers are not a given, taken usually at truck stops, or terminals, and at times, will have to be waited for in line, if one is available where a trucker parks. Most truckers are away from home for long periods of time. Many new to the industry cannot adapt to the lifestyle.

Trucking is made out to be glamourous, and a way to sightsee and get paid for it. While the creative trucker might find time to go see some sights on layover times, most have other tasks to do during those times: laundry, clean the truck, restock groceries, and personal necessities, or just rest uninterrupted. Yes, truckers get to see a lot of things, through the windshield at 60 miles per hour. As far as being glamourous, new truckers quickly learn that being a trucker is a hard, dirty, sometimes dangerous job with little thanks or recognition and a lot of disrespect from the general public. No Burt Reynolds running the front door, running interference.

On the other side of the road, many adapt to the lifestyle and the job like a hand in a glove. Trucking provides the illusion of freedom where no one is standing right over a trucker watching their every move. It is perfectly suited for those who do not need to be with their families or friends all of the time and who have a sense of adventure. These types of people have to be able to make split second decisions, solve problems on the move, and have the intestinal fortitude to go into places some police hesitate to go.

For others, more companies are offering different home time options from local to regional to longer home time for time spent on the road. The internet and cell phones make staying in touch with family and friends easier utilizing Skype, Facetime, and Facebook. Social media also offers groups for support, socializing, and education.

No, trucking ain’t like Smokey and the Bandit; however, it can provide a good living, enough adventure to satisfy almost everyone, and the ability to be part of the largest industry in the country serving the needs and wants of the general public.