Trucking, Turnover and Turning to Women 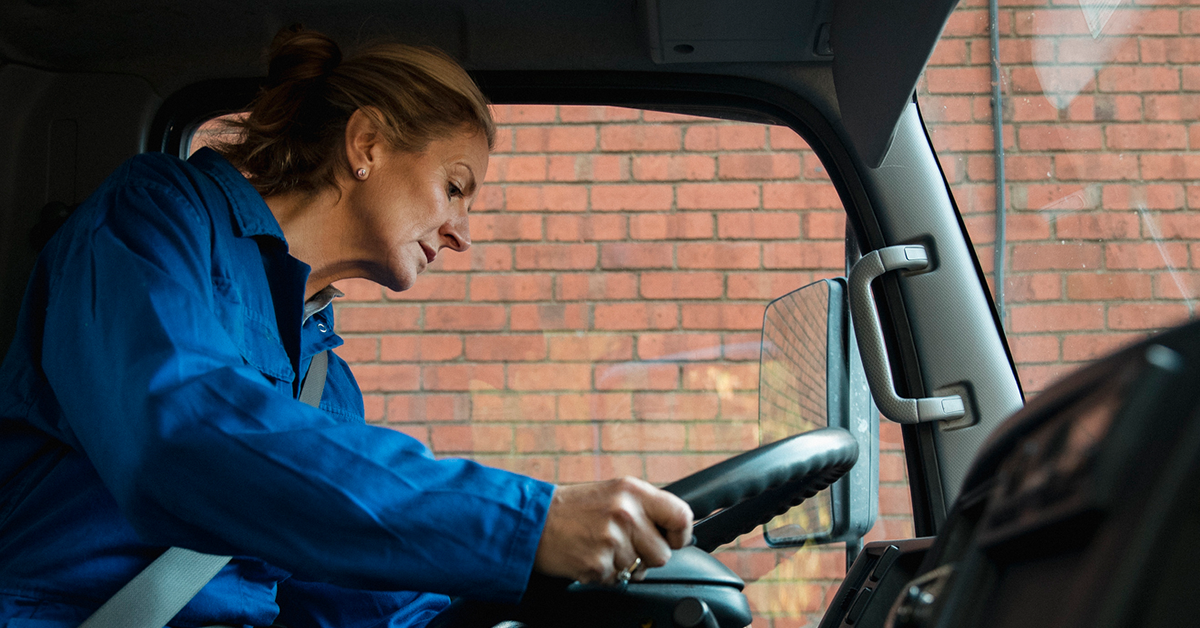 The word turnover in the trucking industry does NOT mean a flakey pastry filled with fruit. Unfortunately, it describes a reality pertaining to the revolving door for our professional drivers. Current estimates place the turnover rate at large carriers at 89 percent. That means a trucking company with five thousand drivers needs to HIRE almost 4,500 drivers EVERY YEAR to maintain their current fleet.

The American Trucking Associations explains turnover as a number that, “accurately measures drivers moving within carriers.” They stress that these drivers aren’t leaving the industry, but just finding a different company.

Part of the reason a driver leaves one company (in addition to many others!) is to collect a sign-on bonus. Carriers promising up to $15,000 to come and work for them may attract the driver initially, but if that’s what he or she is looking for, they will jump to another company just as quickly.

The Owner Operators Independent Drivers Association (OOIDA) is adamant that the industry isn’t suffering from a driver shortage as much as a retention issue. They cite the Federal Motor Carrier Safety Administration’s (FMCSA) data showing a staggering 455,000 new entry commercial driver’s licenses (CDL) annually. That would actually provide a surplus if the current need were only 80,000 in 2022.

The Women In Trucking Association’s (WIT) focus is to increase the percentage of female drivers because we believe women are capable and needed as well as valued. Current estimates show that women make up only ten percent of the driving force, so there is plenty of room to grow. Women aren’t taking away any jobs from men, as we’ve often heard. (Who said trucking is only for men?)

When women work in male-populated careers, they typically earn more than their counterparts in “pink collar” jobs, such as childcare, teaching, nursing and hospitality. Often, women are better at their job than men. The American Transportation Research Institute (ATRI) found that male commercial drivers are twenty percent more likely to be in a crash than their female counterparts.

Company executives often tell me that their female drivers are better with their paperwork, easier to train, take better care of the equipment more courteous with the customers. Not ALL female drivers are this exemplary, but I hear these comments every time I give a presentation.

StayMetrics, now a division of Tenstreet, found that female drivers feel better about their work/life balance. How can that be? A survey conducted by WIT and Sawgrass Logistics found that 83 percent of women enter the trucking industry due to the urging of a family member or friend. This is typically a husband or boyfriend, but it means that the future female driver is already familiar with the lifestyle.

While women cite the main reason for becoming a professional driver is the pay, female drivers are more likely to believe their pay is fair based on the StayMetrics research. Women are also less likely to have driver for multiple carriers, as 55 percent of female respondents in the StayMetrics data have only driven for one carrier. This could also be related to the length of their career, as only ten percent of female drivers surveyed had been driving over ten years.

So, the debate about turnover (not the pastry) continues as we keep hearing about supply chain issues and the need for good drivers. Some solutions have been to lower the driving age for interstate commerce to 18 years old. Others cite the apprenticeship programs introduced by the Department of Labor and the Department of Transportation.

What if we started treating our drivers as the professionals they are? Shouldn't a career in trucking be recognized as a skilled trade? Maybe we could do a better job educating those outside the industry to value all of us in the supply chain. Remind those four wheelers who pays the most taxes for their roads. What if drivers were paid a salary and overtime like most jobs?

A recent article about a legislator in PA who introduced a bill to require shippers and customers to provide restrooms truly disturbed me. Do we really need a LAW to allow our drivers access to basic needs such as water and a toilet?

Whether you believe there is a turnover problem or a retention problem, we still have a problem. We’re working hard at Women In Trucking Association to increase the presence of women as professional drivers, but this is a bigger issue than gender diversity. Some day when we talk about turnover it will be the flaky, jelly filled kind.