Trucks ARE for girls! 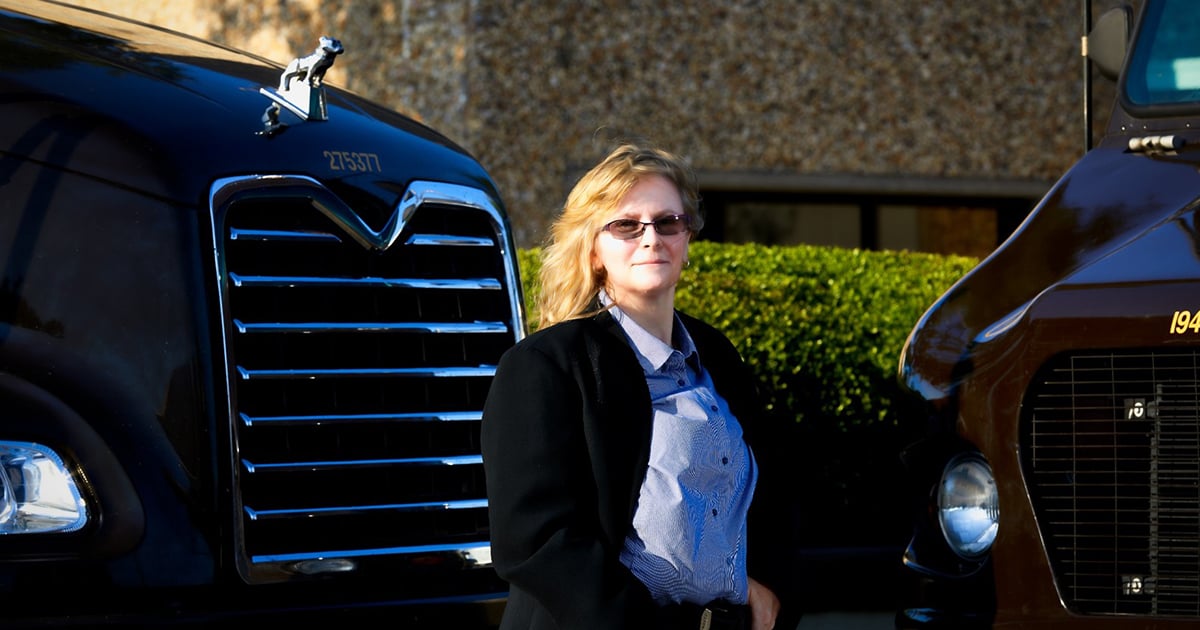 Ten years ago, when I would stand in front of trucking company executives to talk about Women In Trucking (WIT), their comments were typically dispassionate. “We don’t care if the driver is male or female,” was the usual response. “We just want good drivers.”

I would try to make them understand that women wanted different things in a carrier as well as the industry as a whole. Women often had the same challenges but would prioritize their significance differently.

Safety was always an issue. Women looked for a carrier that was concerned about their personal safety on the road as well as how well they maintained the tractor and trailer. We knew that women are more risk averse than men. Even the World Health Organization called “masculinity” hazardous to health due to risky driving.

It was hard to quantify safety data for female commercial drivers, however, as women were said to be, “statistically insignificant” due to the low numbers for data collection. We knew that the National Association of Insurance Commissioners claimed female automobile drivers were less likely to get into accidents, more likely to wear their seatbelt and less likely to drive under the influence. We weren’t comfortable claiming the same for commercial drivers.

The Federal Motor Carrier Administration reported only 95 fatalities in commercial trucks in 2015 where the driver was female. Out of a total of 3,883, this meant that women were the drivers in just in two percent of truck fatalities while comprising six percent of all commercial drivers.

We knew that women were not only safer drivers but were often reported to be better with customers, took better care of their equipment and were much better in completing their paperwork.

Many carriers still didn't feel the need to focus on attracting and retaining women. To quantify the actual percentage of female over the road drivers, we partnered with The National Transportation Institute to survey carriers on their female driver population. We were surprised to learn that many companies didn’t even KNOW what percentage of their fleet was women. This year, the number of carriers tracking this data increased by 19 percent!

We were also pleased to see the number of female drivers increased from 7.13 percent of all drivers in 2016 to 7.89 percent in 2017. This data is significant and promising. We then partnered with Sawgrass Logistics to conduct a best practices study to determine WHAT carriers were doing to increase their female driver population.

Sadly, only 11 percent of carriers answered “yes” to having a separate marketing campaign geared toward women. A recent study by DriverIQ found that 35 percent of their carrier respondents had no programs aimed at recruiting female drivers. The remainder felt that their ads were gender neutral.

Misperceptions continue to drive recruiting, which is unfortunate, as this industry still hasn’t figured out what women want. The most common concern I hear from company officials is that women are focused on home time more than men.

They are wrong. A recent Stay Metrics study found that the top turnover predicter for men is dissatisfaction with home time. For women, it’s their equipment (safety). How could this be? In our best practices research, we learned that 83 percent of women enter the trucking industry at the urging of a family member or friend. This means women are well aware of the anticipated change in lifestyle. We also know that women ask a lot more questions before they made a decision, so they are better prepared for the career change.

Safety has always been this industry’s top priority, yet we need to be more aware of personal safety as well. On a scale of one to ten, we found that women reported they felt safe an average of 4.4 when asked if they felt unsafe or very safe in their job. We’ve challenged truckstops to increase lighting, surveillance cameras, and fencing. We’ve asked manufacturers for personal safety alarms in the event a driver is sleeping and someone tries to enter their truck. We’re monitoring the security at shippers through the Dock411 app as well.

We were so excited to learn that the American Transportation Research Institute included gender when researching crash causation. They reported what we'd known all along. Women are safer commercial drivers. Men were found to be twenty percent more likely to be involved in a crash than women. In every category, from reckless driving to improper lane changing, women were found to be safer drivers.

Our challenge to this industry is to stop trying to ignore the data and start looking at ways to make our roads safer by attracting and retaining more women. This is our mission at Women In Trucking Association. We hope it will be yours as well.