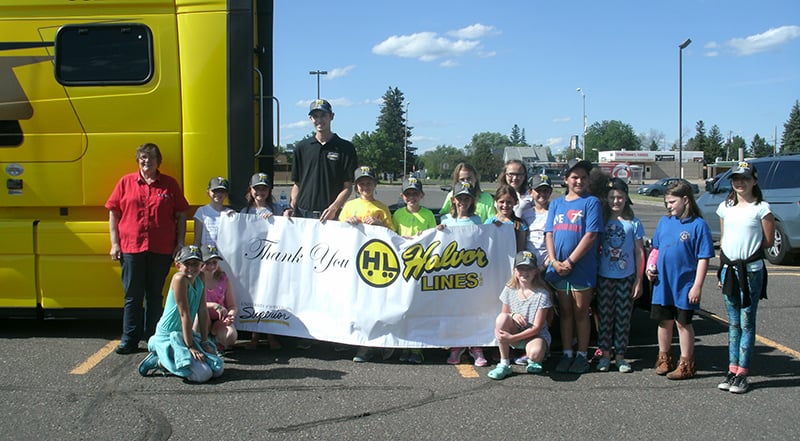 In October of 2014, eighty four young girls gathered at Olive Harvey School in Chicago, Illinois for the first Girl Scout Transportation event. These girls heard from a (female) Navistar Engineer who talked about designing trucks to better accommodate women. They also were given the opportunity to meet two female professional drivers and to climb into the cab of the trucks. 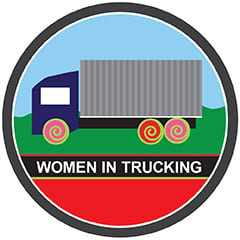 This was the very first Girl Scout event initiated by Women In Trucking Association. Since then at least fourteen more events have been held in the United States and Canada (where they are called Girl Guides).

The purpose of the Transportation Patch is to expose young girls to careers in the supply chain. From trucks, to boats and airplanes and pipelines, nearly 800 young girls have now earned the Women In Trucking Transportation Patch. Inquiries continue to come in from all over the world. Many are initiated by carriers, some are from truck driving schools, others are from dealers, but many are from Girl Scout (Guide) Troops themselves.

I recently had the opportunity to participate in the University of Wisconsin Superior’s Girl Scout Transportation Day. We started the morning with 21 young girls eager to learn about transportation. We talked about how their Girl Scout cookies actually start out as grain in a farmer’s field. The grain is transported by a truck to the bakery. Then, from the bakery to the packaging center, the cookies are moved by a truck. The next step is to send them (via truck) to the distribution center. After the cookies are transported to the regional Girl Scout office, the delivery is made by the Girl Scout to the customer. The girls related to the supply chain lesson and will now identify trucks as potentially hauling their cookies.

We took a tour of the S. S. Meteor, the world’s last Whaleback Ship. The girls were fascinated by the massive cargo holds, but took a special interest in the Captain and Crew’s sleeping and eating quarters. The tour guide allowed each group to tug on the air horn!

The next stop was a ride on the North Shore scenic railroad. The ride included a pizza lunch after a visit to the museum. The girls learned about trains and how steam locomotives transported workers to various locations in northern Minnesota.

After returning to the University, the girls were separated into three groups. Each group had the opportunity to move between learning stations. As one group of girls learned about airplanes and how lift and thrust affect the way the airplane flows through the atmosphere, another group made a pipeline and watched it “erupt” like a volcano. The last group met a female professional driver, Terri, who showed them her truck and let them pull the air horn.

By the end of the day, the girls had learned about all modes of transportation, but more importantly, they were exposed to people who operated these engines and what the job entails.

The Women In Trucking Association developed the curriculum and the patch with the Greater Chicago/Northern Indiana regional office. The curriculum is free to corporate members of the association, and the patches can be purchased at cost for $1 each.

This project will also be supplemented by an activity guide depicting the supply chain path of the cookies from the field to the final mile, which is the Girl Scout. This activity guide is currently being produced by the Women In Trucking Association and will be available for our members later this year.

For more information about the Women In Trucking’s Girl Scout (Guide) Transportation Patch and curriculum, please contact Lana@womenintrucking.org or call 888-464-9482.

This project supports the organization’s mission to encourage more women to look at careers in transportation and supply chain and by reaching young girls through the Transportation Patch this mission is being accomplished.